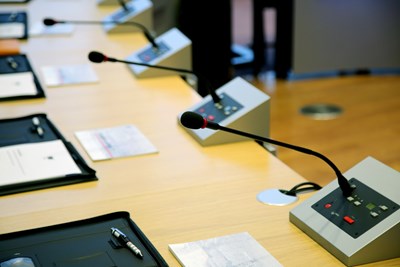 Interpretation is not merely a matter of translation for people talking to each other in different languages.  During the act of interpretation several things have to take place. These include an understanding of the culture as well as the act of listening and hearing in order to impartially interpret the meaning intended, all instantaneously, to allow very fast decisions to be made.

From a source language, an interpreter conveys the message into a different target language.  Complex concepts may be conveyed using suitable vocabulary in the target language to replicate the message as faithfully as possible in a linguistically, emotionally, tonally, and culturally equivalent message.

As you might expect, interpretation can be performed in a number of ways. Each way is known as a mode. There are five modes of interpretation which are discussed below. Choosing which mode to use during an interpretation will depend upon the nature and circumstance of each case where interpretation is required.

The 5 modes of interpretation

R L Translations supplies trained interpreters in any language within the UK and abroad. We have extensive experience and can provide interpreters for small meetings or large conferences alike or for work in courts, prisons, hospitals, social services and other public institutions.  Each of our interpreters is supplied with specialist knowledge of the subject area.