The History of Translation 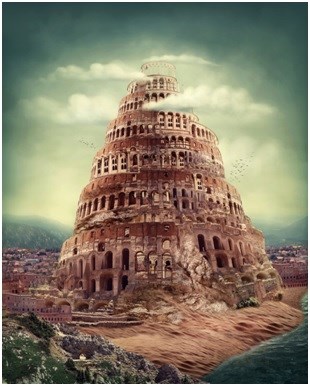 The history of translation is fascinating for any translator, language service provider or scholar of language. Dating back to biblical times, when people of the earth allegedly only spoke one language, the story of the Tower of Babel is often cited as the birth of translation.

Not until the people began building the Tower of Babel, a man-made tower built out of brick instead of the earth’s natural materials, did God decide that their power was becoming too self-indulgent and so set about confusing their language and scattered them all over the globe so that they could no longer understand one another, thus they had to discover new ways of communicating.

The first translators were most likely to be tradesmen in ports who needed to be able to communicate with each other in order to do business. Trade has been recorded as early as 150,000 years ago, whilst there is evidence of trade taking place amongst Homo sapiens crossing the Danube River in the Mediterranean around 30-35,000 BC. Stone Age communication has also been traced back to the trading of flint and obsidian[1].

One of the most respected translators is Saint Jerome (b. 331, d. 420), the Patron Saint of Librarians, whose translation of the Old Testament directly from Hebrew, the Catholic Church still today considers the official and most authentic.[2] One of his favourite pastimes on a Sunday was to go down into the tombs of the Apostles with his friends and decipher the inscriptions found upon the walls.

Today, it is estimated that by 2015 the global languages industry will be worth $47.3 billion, up by 40% on 2012 figures[3]. Translation and interpretation dominate this market but there are often facets that are overlooked such as in-company translation, software development and subtitling of films and television programmes[4].

RL Translations provides translation services in any language and across all industries, from the translation of technical documents, legal documents such as marriage certificates, contracts, witness statements and court judgements to website translation and medical translation.

Find out more about our translation services or request a free quote today.